Ice Hockey is a full-contact team sport with short bursts of training and exercise - if you think that sounds puck-er, then give it a go. If you're a beginner, skating on ice is easy to pick up, so don't let that put you off.

An Overview of Ice Hockey

Ice hockey is a full-contact sport demanding pace, agility, poise, vision and finesse. Ice hockey, the world's fastest team game, is full of skilful stick handling, tactics, speed and grit. The game has a strong British following and a number of leagues operated across the UK.

A six-a-side game on ice that involves trying to get the puck in your opponents net using your stick.

There are a number of ways to get involved with ice hockey in the UK. You could start by watching your local Elite League team, spread across cities in all four home nations. If you want to begin playing, the English Ice Hockey Association has a comprehensive club index which features a list of facilities and clubs within England.

Ice hockey players wear specialised equipment, which is specifically designed for safety. Players are well padded - they wear knee pads, shin, hip, elbow and shoulder guards, thick gauntlet-type gloves, long stockings that fit over the knee pads, padded shorts that lace up at the front and sweaters in team colours over everything. Boots are stronger and different from figure skating boots. They have lower ankle support, reinforced toes and padded tongues. The blade has a plain point, is straight and narrow and now hollow ground. The two upright stanchions are higher on a hockey skate changing the centre of gravity.

Find Ice Hockey Activities Near You 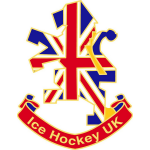 Doncaster's premier personal training & sports performance business where everyone can 'train like an athlete' when led by our team of professionals.

Sheffield Hallam is the best modern university in the north of England, as ranked by the 2015 Times Good University Guide. With regard to sport, we regularly achieve top 20 in BUCS rankings, and offer a range of volunteering, coaching and participation op